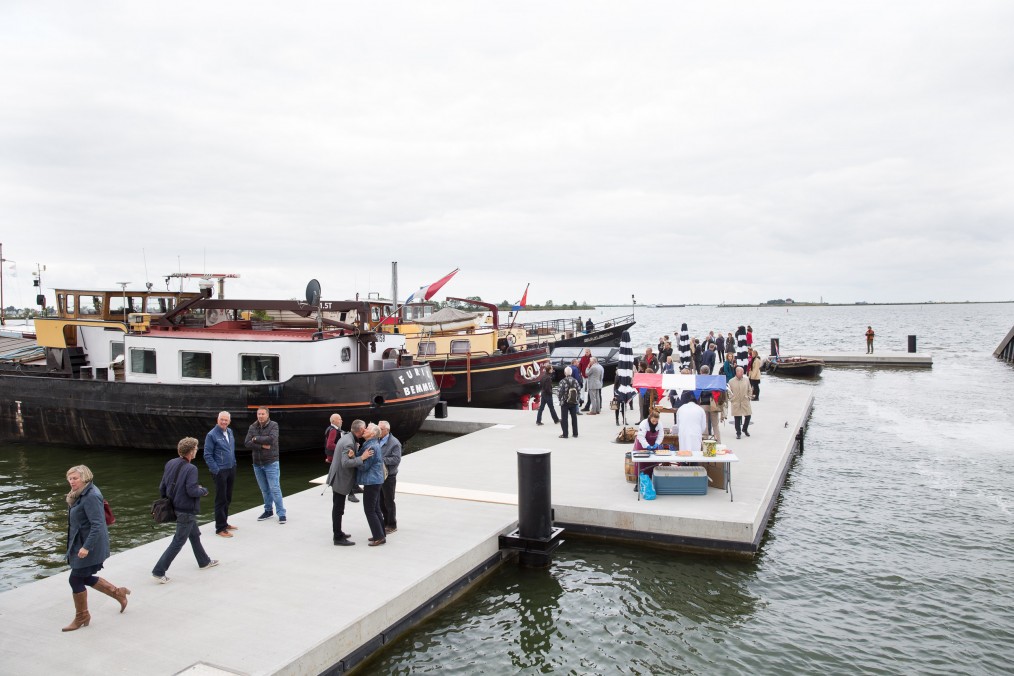 For the first time a floating pier has been constructed for floating houses in which electricity, cable and watersupply are fully integrated. The waterplots for 34 houseboats were sold out in no time.

Find out more at www.waterwonenamsterdam.nl