On 16 September our co-founder Rutger De Graaf-van Dinther was officially appointed by the Busan Metropolitan City Government as a member to the Task Force team for Marine Smart City, together with MARIN (Maritime Research Institute Netherlands) experts Olaf Waals and William Otto.

Busan Metropolitan City is the 2nd largest city in South Korea and home to the country’s largest port. The city aspires to develop the world’s first sustainable floating city prototype, showcasing how such innovation can be realized in South Korea as a way to adapt to sea level rise and mitigate climate change. Busan signed a Memoremdum of Understanding (MoU) with UN-Habitat and American start-up OCEANIX in 2021.

Blue21 is honored to join the Task Force team and contribute to realizing the sustainable floating city prototype. The team aims to build and utilize floating infrastructures that will become new driving forces for Korea’s growth and powerful tools in responding to climate change.

See news published by the Embassy of the Kingdom of the Netherlnads in Korea here. 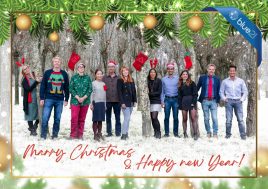 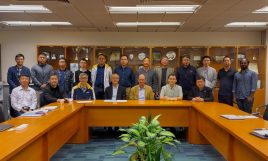